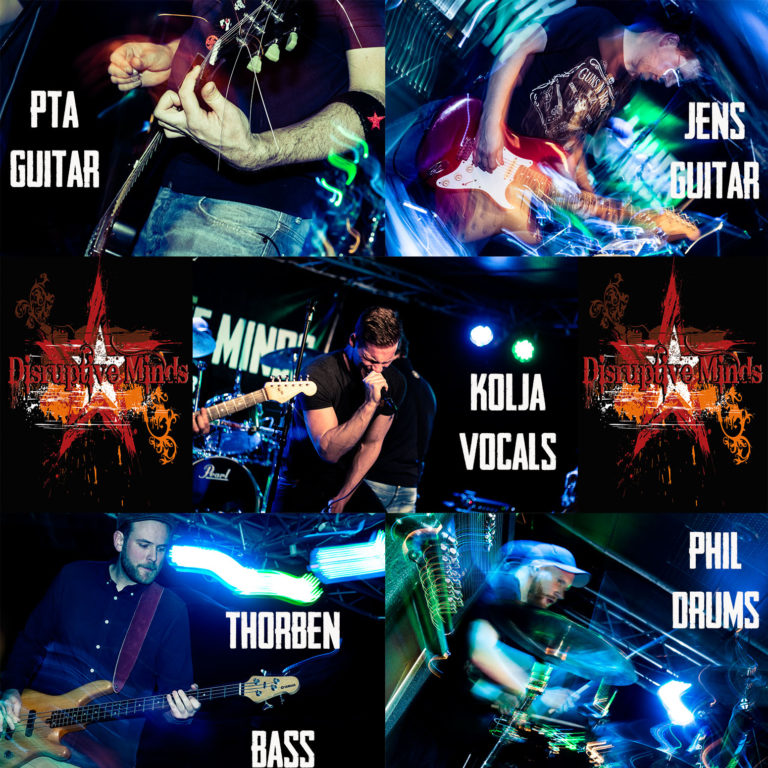 Disruptive Minds are an Alternative Rockband from Germany’s Ruhr Area. Founded in 2004 the five friends started to make music which the band calls „Punge Rock“ and that is heavily influenced by 90’s alternative music like Green Day, Blink 182, Nirvana or Rise Against. Beneath a dark vibe, melodic based Rock songs with a Punk attitude emerge, blended by the distinct emotional vocals of frontman Kol]a.